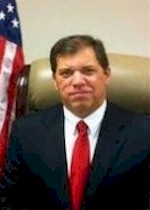 Currently serving in the felony criminal division. Within the first five months of being assigned to the criminal division, Judge Crawford resolved all cases assigned to him where inmates had been in the Brevard County Jail more than two years, ending unnecessary delays and reducing the jail population.

Previous judicial experience includes all facets of family law, juvenile dependency and delinquency, civil litigation, and domestic violence. Since beginning his judicial career, Judge Crawford has spearheaded several innovative programs. While in the dependency division, Judge Crawford  instituted a Special Needs Docket for children in foster care with mental or physical disabilities. Recognizing these children may have serious medical or emotional disorders that require greater attention and judicial oversight, this Special Needs Docket allowed their cases to be reviewed twice as often as previously set. Along with Brevard Family Partnership, he implemented the county’s only supervised visitation program for parents seeking to reunite with their children while involved in a reunification case plan with the Department of Children and Families. With the help of his courtroom deputies and countless volunteers, Judge Crawford opened a courthouse playroom and a children’s clothing and toy/bicycle room making sure every child that came to court left with much needed sundry items and toys. While serving in the civil division, Judge Crawford set trials within 90 days of any request, allowing quick and convenient access to justice to all litigants who were ready to proceed.